My name is Stanislas Giroux. I am a French medical student, about to graduate in a year in the neuro-rehabilitation field. I try to explore foreign countries, mostly focussing on misunderstood places, such as the Middle-East. My goal is to make people change the perception about these places which they have acquired through mass media. By making ultra-short movies about these places I bring out the reality. What made you visit Kashmir

During my visit to Palestine last year I started to gain interest in the problems of borders and grey-zones. Due to this, I came across the Kashmir issue. I started studying the ground reports of Kashmir conflict and was surprised that a struggle that started such a long time ago didn’t get enough attention.

What do you have to tell about beauty of Kashmir

Let me start with the beauty of people. In Kashmir, you can see beautiful people everywhere, and the people carry a goodwill. Even though it’s a war zone the people are quite optimistic, they take life easy, smile all the time, are curious, and have the best hospitality on earth.

Talking about the food. Sharing is the best way to enjoy the flavor of food in Kashmir. Food is delicious and rich in terms of the ingredients they use. From Saffron to Morels you find numerous interesting ingredients. On a lighter note, after every meal, your fingernails turn yellow cause of a lot of turmeric they use.

Talking about the landscape which everyone knows is breath-taking and amazing. By calling it “Heaven on Earth” poets have does justice to the amount of beauty this place holds. I will also like to add that I think Kashmir is a very safe place for women to travel solo. Tell us about hospitality you received in Kashmir

Iranian hospitality was on my top list, but in Kashmir, it’s another dimension of hospitality. Even strangers treat you as a very important guest after a few minutes of talking to them. Shopkeepers give you snacks, whereas other strangers insist to give you a nun chai or a lassi and share a conversation. Some people invite you to spend a night at their place, some people stop their cars when they recognize you in the street to give you a lift. To be honest the hospitality in Kashmir is at a such a peak that it gets hard to get back to European standards after that.

Did you witness tragic side of Kashmir, tell us about that

You can see the tragic side in every house if you ask. Everyone knows a victim of the conflict. That could be a wounded cousin, a dead brother, a disappeared son, a blinded friend, and abducted sister, a tortured grandfather. It’s sadly a part of the daily life. First thing I noticed in Kashmir was the smile and the kindness of people. After talking a bit and when you’re in the comfort zone, you’ll see what’s beyond the iceberg. And that’s what I wanted to show to my people. You even met pellet victims tell us about that

The first I met were youngsters I randomly met in the street. They made me touch the pellets that were stuck deep under their skull and chest skin. They told me they didn’t care, and would continue to fight against oppression. I met another guy that lost total eyesight on an eye, and almost 9/10th of the other eye in 2016. I was told he used to look like an “angreez”, blue eyes, light hair, but now it was gone for good, thanks to the brutality of military forces. I was very sad to hear that all his personal projects were lost and that he was trapped in a dead end, as he was from a low-class family. Fortunately, his friends and surroundings were very kind with him to bring him a lot of positive energy.
I met several bullets and grenade victims in the streets they told me what were the stories behind all those scares scars and body marks.

I can say that at the end, all of the damage that’s being done to them it only makes them stronger and helps them to struggle even harder for freedom. 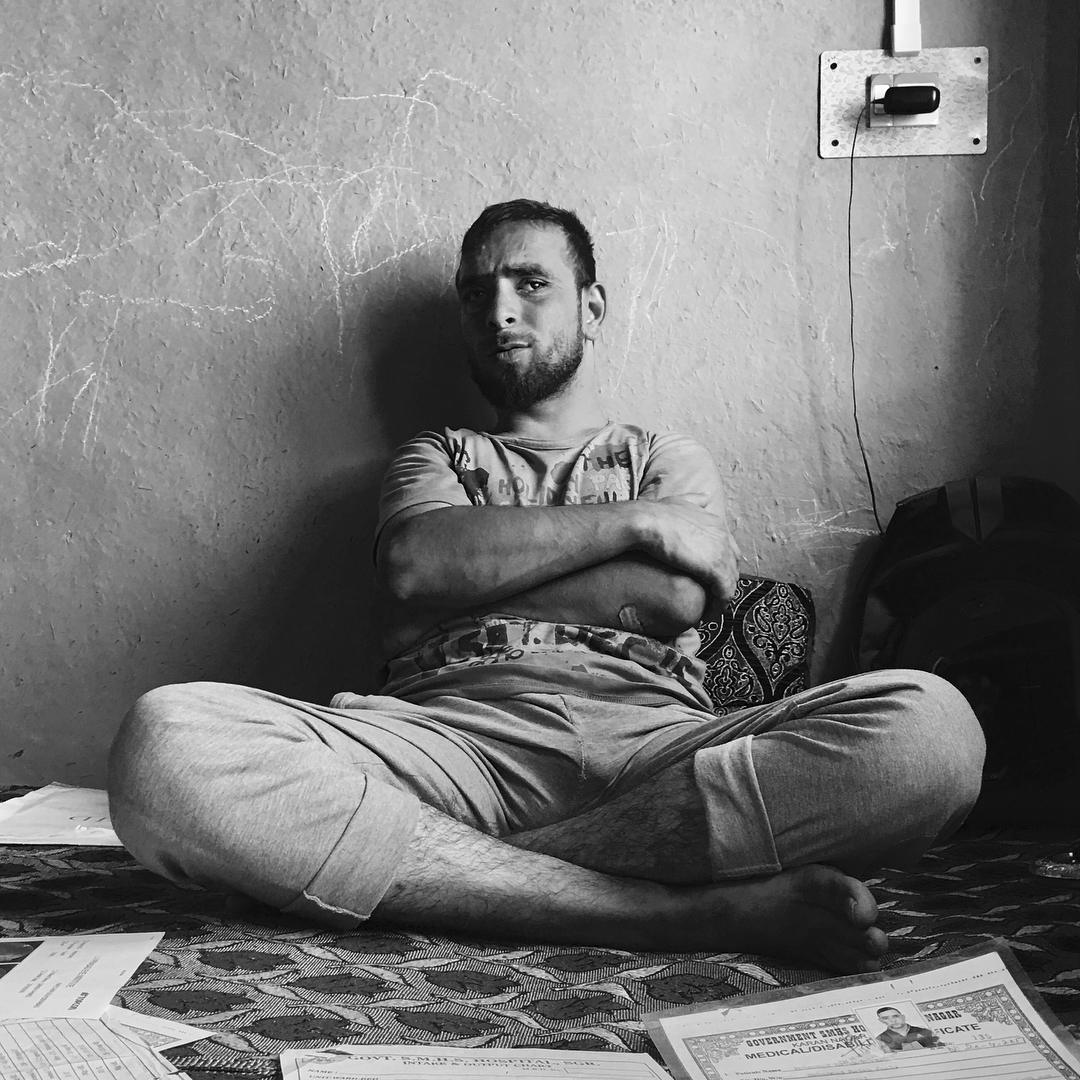 Whats the thing about Kashmir that touched you most

The story that touched me the most was the story of the so-called rescue plan of the Indian Government during the floodings of 2014. I was told that people who took shelter on their roof for weeks were craving for drinking water and that the military patrolling around on boats just shouted: “go get water in Pakistan”. I was also very touched by the fact that most of the rescuers were actually the inhabitants of Srinagar themselves, especially the low-class living in downtown, these are those that the media paints as troublemakers and terrorists. I met people living in the upper-class area of Rajbagh that told me that the boys from downtown helped a lot.

If the media advises you not to go Kashmir, I promise you that the reality on the ground is totally opposite. Buy that airplane ticket and enjoy the easy way of life of Kashmir. Memories you will make there will be the most valuable travel souvenir you ever had.

If you can’t spread the word about amazing hospitality in Kashmir, just talking about the human rights abuses that take place in Kashmir blaming and pointing at the people responsible can be very helpful for people of Kashmir.

Kashmir might be a paradise lost now but one day surely it will be a Paradise in the true sense. Freedom is possible, and the recent news in Spain shows it.

Here is the video that I made about Kashmir

KASHMIR — A Lost Paradise from Stanislas Giroux on Vimeo.