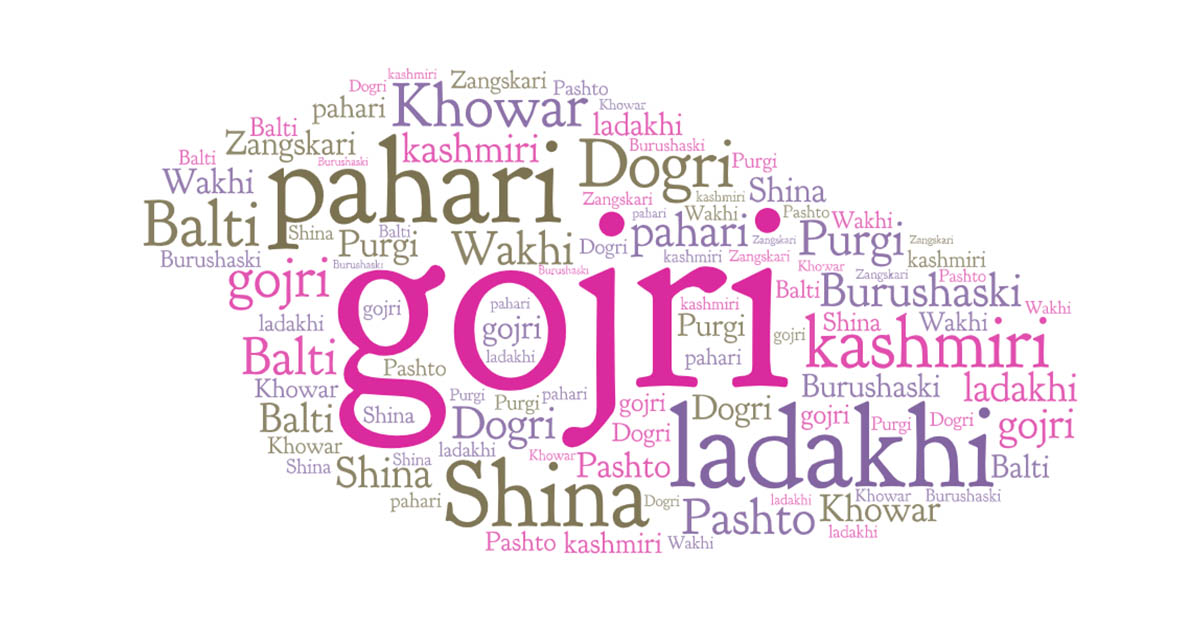 Below are the languages which are spoken in state of J&K region.

The Dardic languages are a sub-group of the Indo-Aryan languages natively spoken in Northern Pakistan’s Gilgit Baltistan and Khyber Pakhtunkhwa, Northern India’s Jammu and Kashmir and Eastern Afghanistan

Kashmiri along with Shina and Khowar spoken in the J&K region belong to Dardic group. Kashmiri is spoken in Kashmir, Chenab & Neelum valley. Shina is spoken in Gilgit, Kohistan, Gurez & Drass. Chitrali or Khowar in Chitral & GB in Pakistan.

Within the whole Kashmir region there is a unique language called Burushaski spoken in Hunza & Nagar areas of Gilgit-Baltistan, with a few hundred speakers in northern Jammu and Kashmir, India and few in Botraj Mohalla of the Hari Parbat region in Srinagar

This language is a language isolate. Which means it is unrelated to any language in the world & isn’t classified. This makes it unique considering all the languages around it are part of some language family. This unique anomaly has so far no explanations.

Some distinct Pahari languages are Bhaderwahi, Padri, Ponchi, Mirpuri, Parmi or Pahari (Karnah). Depending upon distance many Pahari languages show a huge influence of Kashmiri in some areas while in others they show that of Punjabi.

Pahari, Dogri, Hindko, Potwari, Seraiki and Standard Punjabi form a cluster of related languages however not of identity. Pahari languages are spoken as a majority in most parts of AJK as well as in Pir Panjal region in J&K. In Valley of Kashmir, Pahari is spoken in many isolated pockets too like Karnah & Uri. In  many parts of Chenab valley they are also spoken.

Ladakhi or Bhoti or Bodhi is spoken in Leh district. Because of it’s speakers being mostly Buddhists it is written using Tibetan script. It has several dialects like Shamskat, Stotskat, Lehskat, Nubra.

Balti spoken in Baltistan area of Gilgit-Baltistan is  the most spoken of the Tibetic languages in the whole region. Balti speaking area also extends into Kargil and Leh district of Ladakh. Sometimes Purgi language of Kargil is considered a dialect of Balti however mutual intelligibility is quite low. Most speakers of Balti are Muslims.

Purgi language is spoken by a majority in Kargil district as well has significant speakers in Leh district. It also extends into some areas of Baltistan. Purgi is sometimes considered both a dialect of Ladakhi as well as Balti but mutual intelligibility with both is quite low. Most Purgi speakers are Muslims.

Zangskari is spoken in Zanskar area of Kargil district in Ladakh. It is sometimes considered a dialect of Ladakhi however again mutual intelligibility is low and hence it is now considered a separate language. It has four dialects. Oot, Zhung, Sham, Lungnak. Most speakers are Buddhists.

Among all these Balti is most spoken, is quite conservative and retains a lot of features lost even in Central Tibetan language.

Another language Changthang is considered a part of Ladakhi but mutual intelligibility is low enough to consider it as a separate language. In Leh however a Ladakhified version of Tibetan is taught. This however isn’t the local colloquial language

Dogri has nearly 3 million speakers. It is an Indo-Aryan language spoken in Jammu Plains or Duggerdesh area of Jammu region in J&K.  Jammu city, the second largest city in whole J&K has a Dogra speaking majority.  Despite it’s official status the language unfortunately has seen considerable decline.

Dogri falls into the category of western Pahari languages not to confused with Pahari-Potwari although it does form a dialect continuum with them. Western Pahari languages encompass many languages of Himachal Pradesh along with Dogri. Many of the speakers of closely related dialects of Dogri prefer to call themselves as Pahari in Himachal thus essentially restricting Dogra identity to Jammu plains. Dogri is tonal language like it’s southern cousin i.e Punjabi which means it uses pitch to distinguish lexical or grammatical meanings. Dogri for long was considered a dialect of Punjabi but because Dogras possess a separate sense of identity & Dogri has a separate literary history it is now considered a language in it’s own right. Dogri along with Kashmiri are the only two languages from J&K that have a considerable literary corpus. This doesn’t refer to folk songs or folk tales which all languages in J&K have but to modern literature ranging from progressive literature as well as novels, non-fiction etc. Dogra progressive literature was a contemporary of Kashmiri progressive literature in 20th century & both despite writing in very different languages had mutual respect for each other. Dogri was recognized as a scheduled official language of India in 2003 thus making it one of two languages from J&K along with Kashmiri to have official status. It is written in Devanagari script (same as Hindi, Marathi, Nepali etc). Earlier it was written with Takri script which was also used in many parts of Himachal Pradesh.

Pashto and Wakhi (Gilgit-Baltistan) spoken in J&K are two languages that belong to Iranian language family.

Pashto is an eastern Iranian language that is well known. Speakers exist in J&K in many scattered communities. In Kashmir Valley there are around 15000-20000 speakers of Pashto. They are mostly descendants of small migrations that occurred in 18-19th century when Kashmir was ruled by Afghans. Many came during other periods too. This community has been able to preserve Pashto as a mother tongue despite surrounded almost exclusively by Kashmiri speakers. However, a lot of assimilation has taken place.

Wakhi is the other Iranian language. It is part of Pamiri languages which refers to a group of eastern Iranian languages spoken in Central Asia. It is spoken in Gojal, Ishkoman areas of Gilgit-Baltistan. It probably has around 20000-30000 speakers. Wakhi is also spoken across the border in China, Tajikistan as well as in Wakhan corridor of Afghanistan.

Gojri is spoken across J&K in scattered communities. It is primarily  spoken by Gujjars and Bakerwals. Remember a lot of Gujjars although identify and practice Gojri culture they don’t however all speak Gojri rather local dominant languages.

Gojri is an  western Indo-Aryan language related to Rajasthani languages. However because it is spoken in areas where other languages are spoken, it has more similarity with it’s surrounding Indo-Aryan languages such as Hindko, Pahari or Dogri. Since these languages are already related to it. Thus a sprachbund is formed. However Gojri does at it’s core have similarities with Rajasthani languages. Gojri is spoken both in AJK as well as in J&K however it’s speakers don’t form a majority in any larger area. It is widely spoken in Pir Panjal region while also has pockets in Kashmir valley scattered. There are scattered speakers also in G-B. Gojri speakers also exist in Northern Punjab & KPK in Pakistan while having speakers also in Afghanistan. However, Gujjars across do have a sense of common identity even across the scattered communities. The nomadic Bakerwals also speak this language & closely identify themselves with Gujjars. Only in J&K there is some sort of literary activity in Gojri with organizations and publications. Despite being scattered they form a considerable percentage of overall population of J&K. Gujjar identity also extends beyond language as many Gujjars speak other languages but identify as Gujjars.

Urdu is spoken and understood across Kashmir valley and Pakistan administered Kashmir. Urdu was recognized  as a state and official language of J&K in 1889. Before Urdu, Persian was the official language of Kashmir for around three centuries. In Kashmir all official records land, revenue, courts, and even FIRs are scripted in Urdu. Here is Everything About a Kashmiri Wedding

The traditional Kashmiri wedding is quite a sophisticated affair.  It constitutes of a series of traditions which are religiously followed by both the bride and the groom and their respective fam
Read More 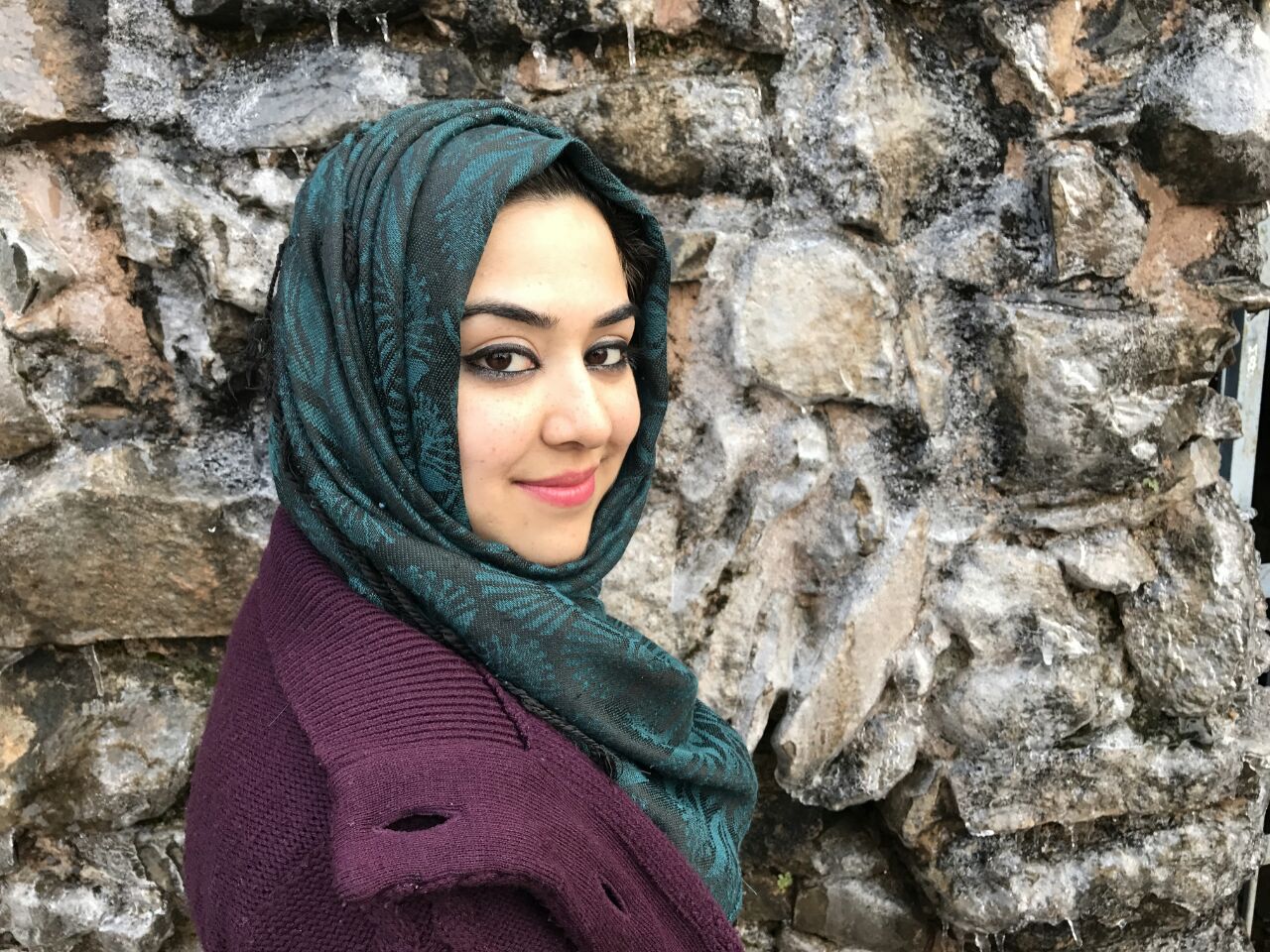 Sidra Nazir from Gyawun.com talks to Sabreena Sidiqi, a Kashmiri social worker whose job involves working on LOC and in areas which are under security radar. Tell us about yourself To begi
Read More Every Time This Kashmiri Pandit Girl Visits Her Hometown, What She Experiences is Something Absolutely Beautiful

Snower Sania Vasudev is a Kashmiri Pandit who is an International celebrity stylist, independent designer and a motivational speaker. She has been styling for celebrities like Shahid Afridi, Varu
Read More Tell us about yourself I am Asfiya Bashir Khan, born and brought up in Kashmir. I did my schooling from Presentation Convent School and later went to Delhi to pursue my further studies. I have done B
Read More 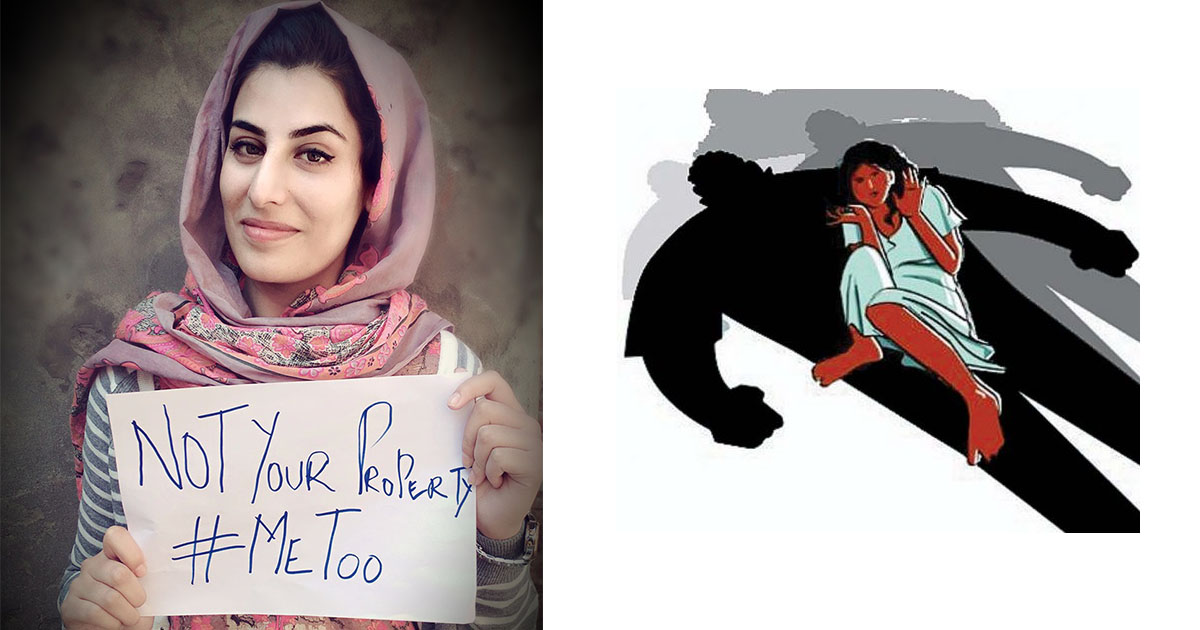 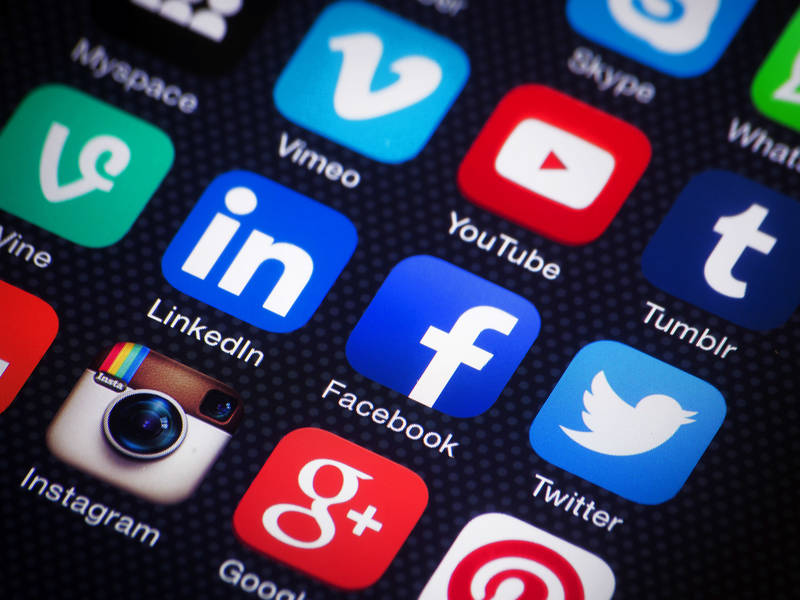 5 Kashmiri Apps You Dont Know About

DIAL KASHMIR Dial Kashmir is a Kashmir based app which  provides the users extensive information like addresses, phone numbers and email id of various essential and commercial services in Kashm
Read More