According to the National Crime Records Bureau (NCRB)  which released their annual data for all crimes documented in 2016, state of J&K recorded no crime against foreigners in 2016 & 2015. 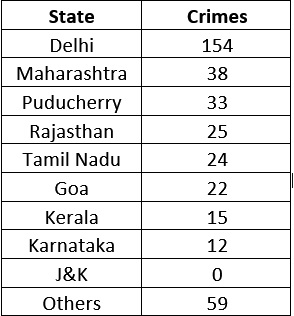 Read what What Travelers Have To Say About Kashmiri People