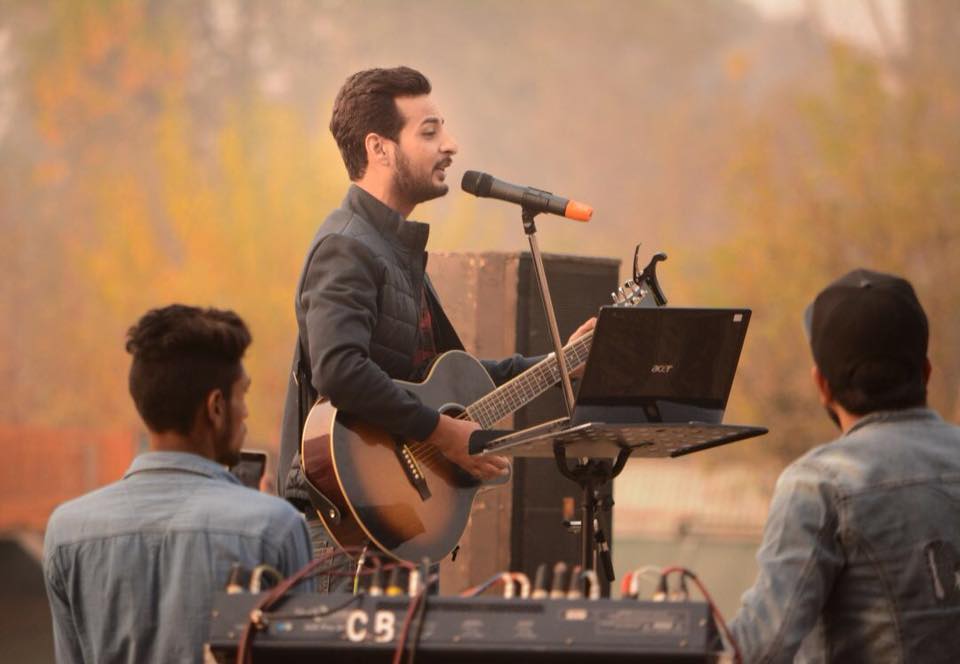 Long vacations to motherland, reconnection with the air that holds legends of poets, fingers running through beats of music, Yawar Abdal, popularly known as the Tamanna boy lays back barefoot on the lush green grass of his lawn at home in Srinagar and thinks of Kashmir – the paradise on earth, it’s beautiful Sufi culture and not to forget it’s beauty.

The land of Sufis has been giving the message of love and brotherhood since centuries. These are noble emotions that bring people closer and manifests itself in the form of a smile, a prayer, sometimes hospitality and sometimes through these soul touching sounds. Yawar Abdal, a young enthusiast Kashmiri boy’s voice is a unique that translates Kashmir and Kashmiriyat and has both traditional as well as modern aspects to it. The valley has seen the most atrocious and fearful time over the years, where horror and despair are on everybody’s face, Abdal, has sought out a way through music to make peace and harmony a source of revival for the hopeless hearts. He recollects Ghalib’s verses and sings, 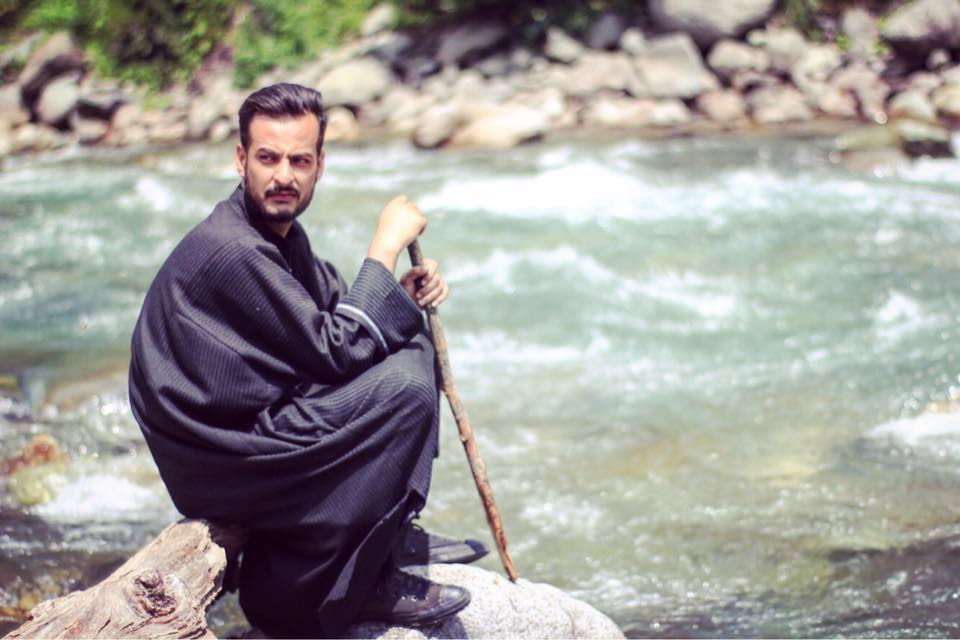 Thousands of desires, each worth dying for

Many of them I have realized, yet I yearn for more.

Stuck between making a choice to take the same old-treaded path of a desk-job and music, Yawar exclaims with joy and says “Giving music to beautiful pieces of poetry of these legendary poets, making the audience sing along and aloud with me,  this is what gives me happiness and it is what I wanted to do.” 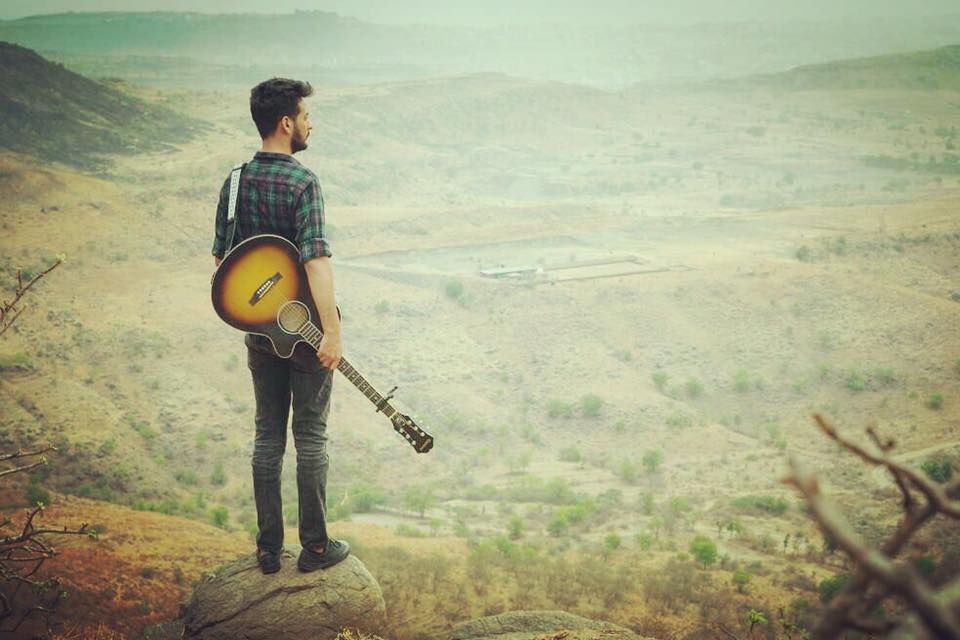 Are you looking to buy and sell in Kashmir? Join our Facebook Group then

Yawar comes from a family who are deeply associated with the understanding of tassavuf (mysticism). He recalls his cheerful days of childhood with a big family of around 40 members. “It was a treat day if everyone in the family gathered together in the common room, switched on the tape recorder and played Kalaam-e-Mahjoor, Soch’e’Kraal, Nyama Sahab. The show didn’t end just by hearing and rejoicing to the tunes, immediately my grandfather would come up with the tafseer (meaning) of the couplets and made sure everyone in the house understood it and could sync in with the meanings.  Under such influence, by age 10, I was familiar with Khusrow, Rumi, and Kashmiri mystic poets like Mahjoor, Shamas Fakir, Ahmad Batwari and Ahad Zargar.” His journey in this field has been marvellous because he began singing without any professional learning, whatever tunes he composed came from his heart, major attribute to  his interest for singing goes to his beloved grandfather who despite being a successful businessman was a part-time singer and would restrict his music to his family. “During that time, public performances were not encouraged as they didn’t reflect well on the family. Art as a profession is frowned upon by our society. Despite this, some young artists like me are challenging the old notions and are coming forward with our talent, however, it is still not acceptable to a few. I hope that coming times mark an end to this pedestalization of one profession and putting down the other.” 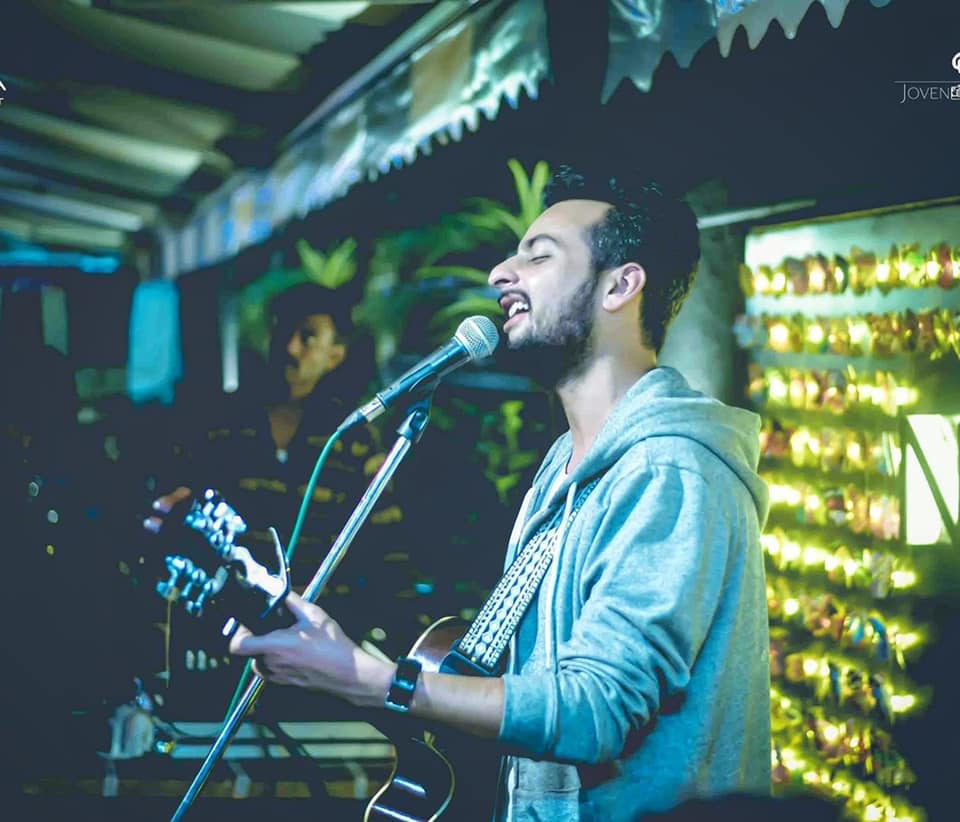 Yawar believes that Kashmiri music holds great virtue, the depth in the poetry of Kashmiri poets is too much. “Kashmiri Sufi poets had a long story to tell, it is equally difficult to understand their messages as it is to understand Maulana Rumi. I am in love with my language and I don’t want it to be restricted only to my city. I want to take it everywhere and spread the richness of our culture. When I think of Khusrow and Ghalib, I think of Mahjoor too. I want people from every corner of the world to remember our Kashmiri poets as they know Ghalib and Rumi. They hold answers to forlorn questions and provide guidance in their sayings.” He recalls some lines from his recently released composition of Rasul Mir’s poetry;

Are you coming my beloved? Or else, should I lose my senses, my love

Are you coming or should I weep the collyrium off my gazelle eyes, my love Abdal has been working day and night to compose music for these beautiful couplets by famous poets. “The hardest task is not to give music to your own composition, but it is to be able to do justice to someone else’s poetry. You’re bound by various constraints while voicing someone else. I aim to be able to do my best when it comes to familiarize people with such astonishing and remarkable poetry.” So far, Abdal has been successful by lending his voice to the longings of Mahjoor’s poetry, pathos of Ghalib’s poetry and vivacity of Khusrow’s poetry.

Though being deeply gravitated to music, Yawar scruples a bit when asked about his family’s reaction in the beginning of his career as a musician. “Every parent desire of a successful and viable job and life for their child. My parents wanted me to tread the same path, but my journey, I would say was already destined and planned by the Almighty. Initially my choice of taking music as a career felt like ajooba (wonder) to them. More than anything, they were worried about me, keeping in view the kind of struggles an artist has to go through. But today, when they see me promoting culture and performing Kashmiri songs outside state and hear fans from different nooks and corners singing my song in a Kashmiri, a language which is totally alien to them, it is a delight to their eyes.”

Yawar believes that music has no language and it is beyond any language. “You can connect to music no matter what form it is in; humans have this capability to adjust to the tunes and understand the content.” With the adding number of fans every day, Yawar existence grows brighter with each passing day, with every performance, he feels accomplished with his decision of taking music as his career. “Every stage, every platform that I perform on, gives me goosebumps once the curtains are raised. I remember singing to a group of five or six. Today, when I look at the number of people wanting to listen to me, my eyes can’t reach to the end and I feel I can’t take a count of it. That love, passion in the eyes of my supporters keeps me going. Greeting the audience in Kashmiri at any place I go to makes me feel that I belong to the land of strong people. Singing music in your own language is beyond any joy. Wherever you stand, never forget your roots. It is always a pleasure to me to represent my culture and my tradition. I would reject a hundred offers of bollywood to sing in my own language and promote my own culture.” 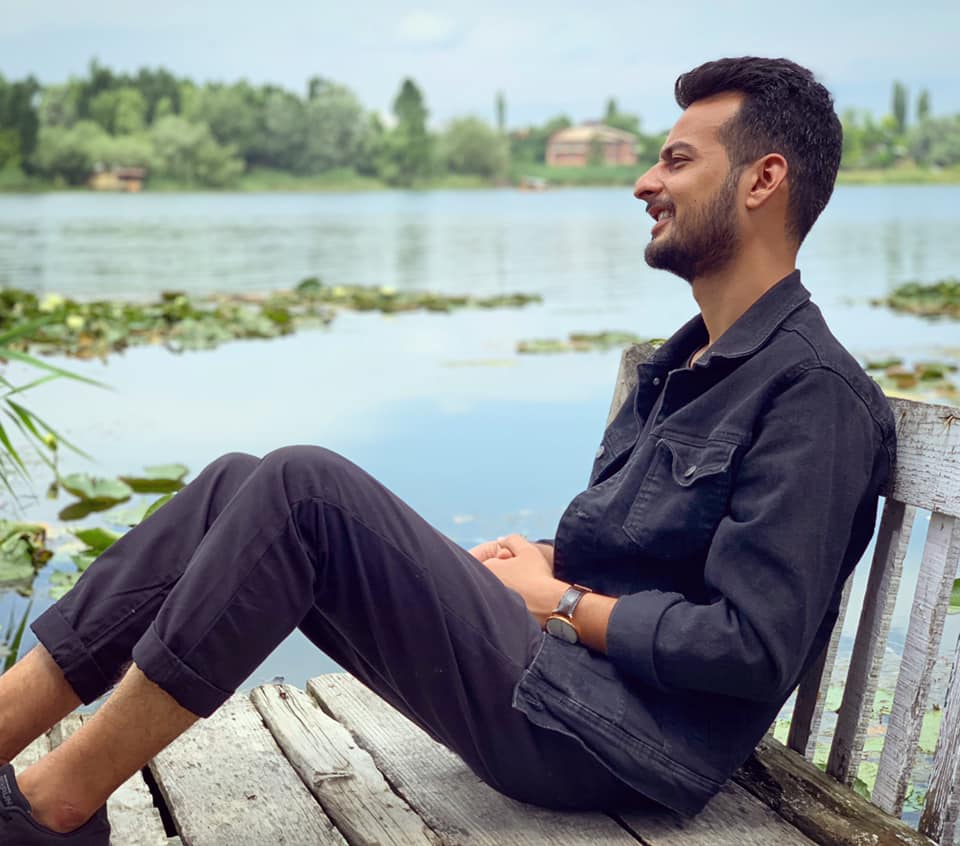 Today, there is hardly any place in the country where Yawar’s fans don’t exist. Music has connected unknown words with a meaning, people wait for new compositions and new connections from Yawar’s music. There is no doubt to the fact that Yawar’s temperament is that of a Sufi but his style is that of a triumphant (Sufiyaana mizaaj, fatihana andaaz).  No wonder he knows how to measure the depth of music so well. 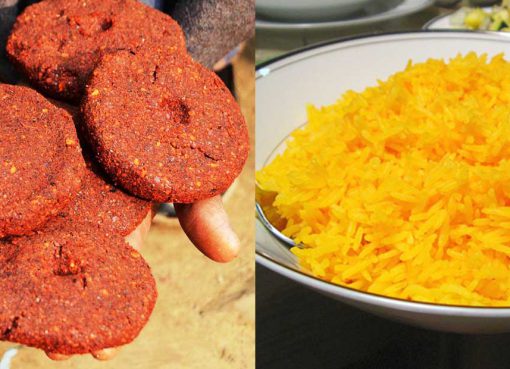 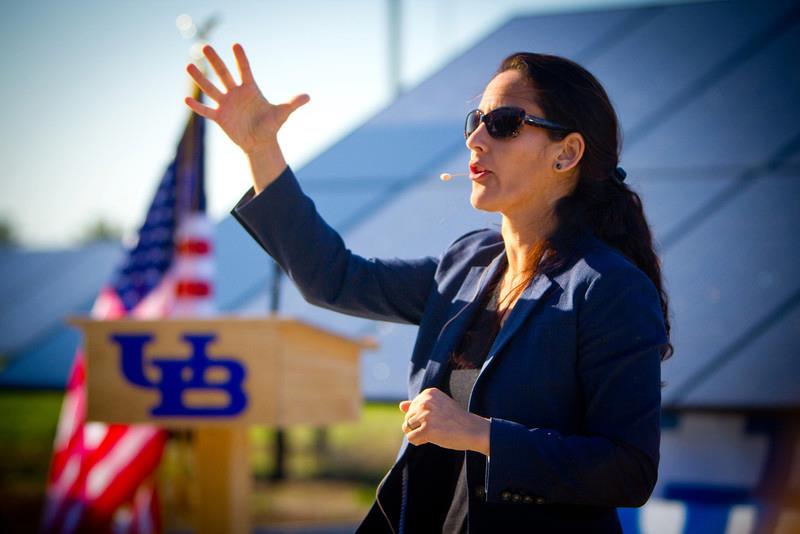 Gyawun talks to Dr. Samina Raja, who is a professor at the University at Buffalo. Raja is a recipient of Western New York's 40 Under Forty Award given for professional success and commitment to the co
Read More 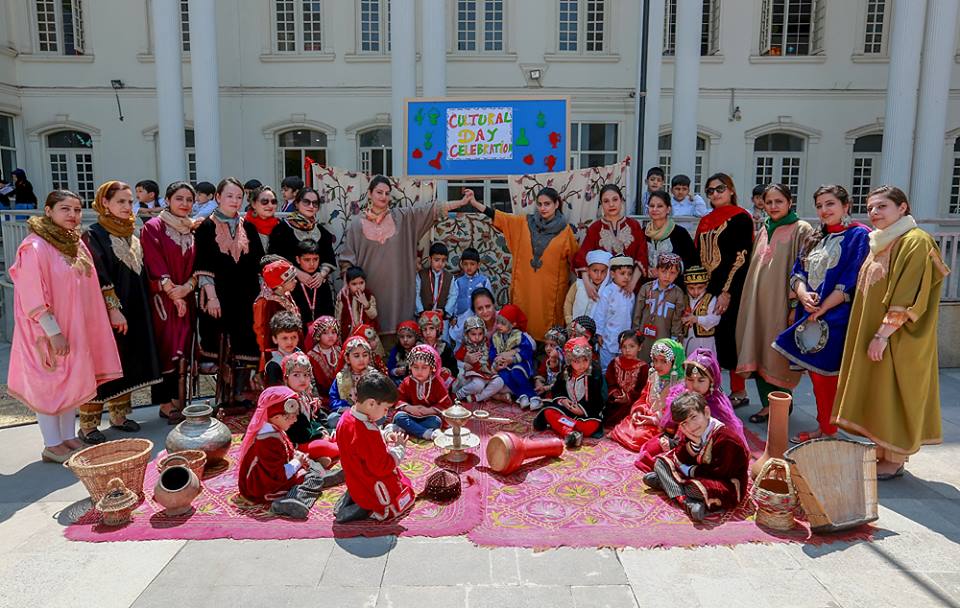 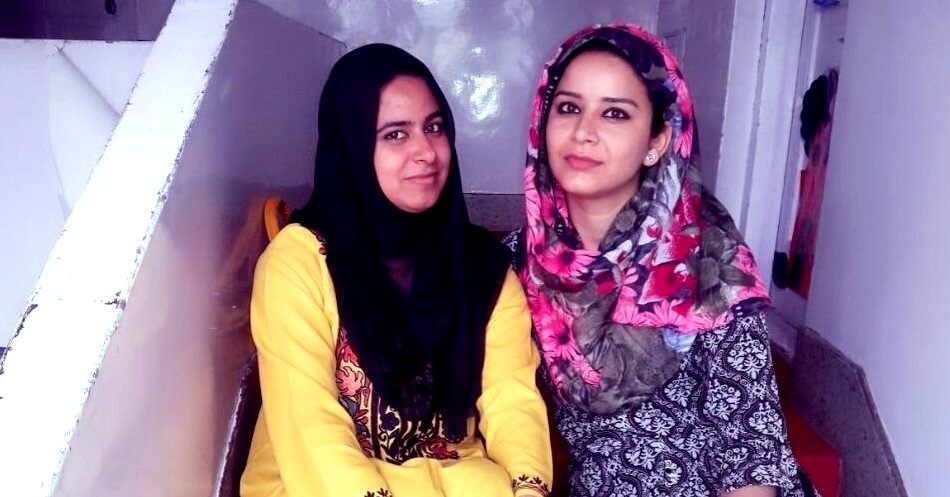 My name is Kanika Gupta and I am a freelance writer with a degree in literature and business administration. I spent my fair share of years behind a corporate desk, doing a job that I neither cared ab
Read More Gyawun plunges into the creative minds and aesthetic sense of 7 upcoming artists of Kashmir.Here they share their anecdotes with us. 1. Maria Mehraj Maria Mehraj (23 year old) born in Baramulla,
Read More