Kashmir is called Paradise on Earth for a good reason! It truly is so mesmerising that when the WeddingNama couple Kiran & Vipul wanted to shoot in snow, Gulmarg was the first choice! Everyone, specially the couple braved negative temperatures to do something that had never been done before. WeddingNama planned the shoot in February which turned out to be the coldest time of the year there. Upon reaching they discovered that it was the most snow Gulmarg had seen in over 35 years!

Imagine being completely surrounded by snow, trying to carry heavy equipment while trekking in the snow, and to top it up the couple was certain that they wanted to wear Indian clothes and not winter wear. The whole journey was a ride but it was one of the most beautiful rides for everyone present there.

Till the last moment it was undecided whether this shoot was a possibility. They were carrying backups of everything starting from equipments to outfits. WeddingNama’s helicam sacrificed itself for this shoot but thankfully everything else magically fell into place. It was a classic case of where there is a will, there is a way. They experienced everything starting from extreme snowfall to sunshine all in a span of three days. It was the coming together of a mad idea, a crazy couple in love, a stunning location, lots of snow, and of course our insane team. 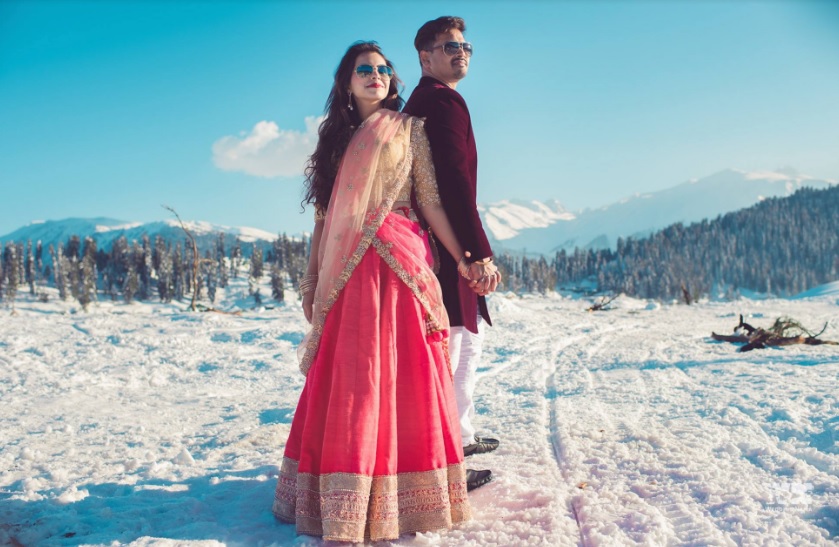 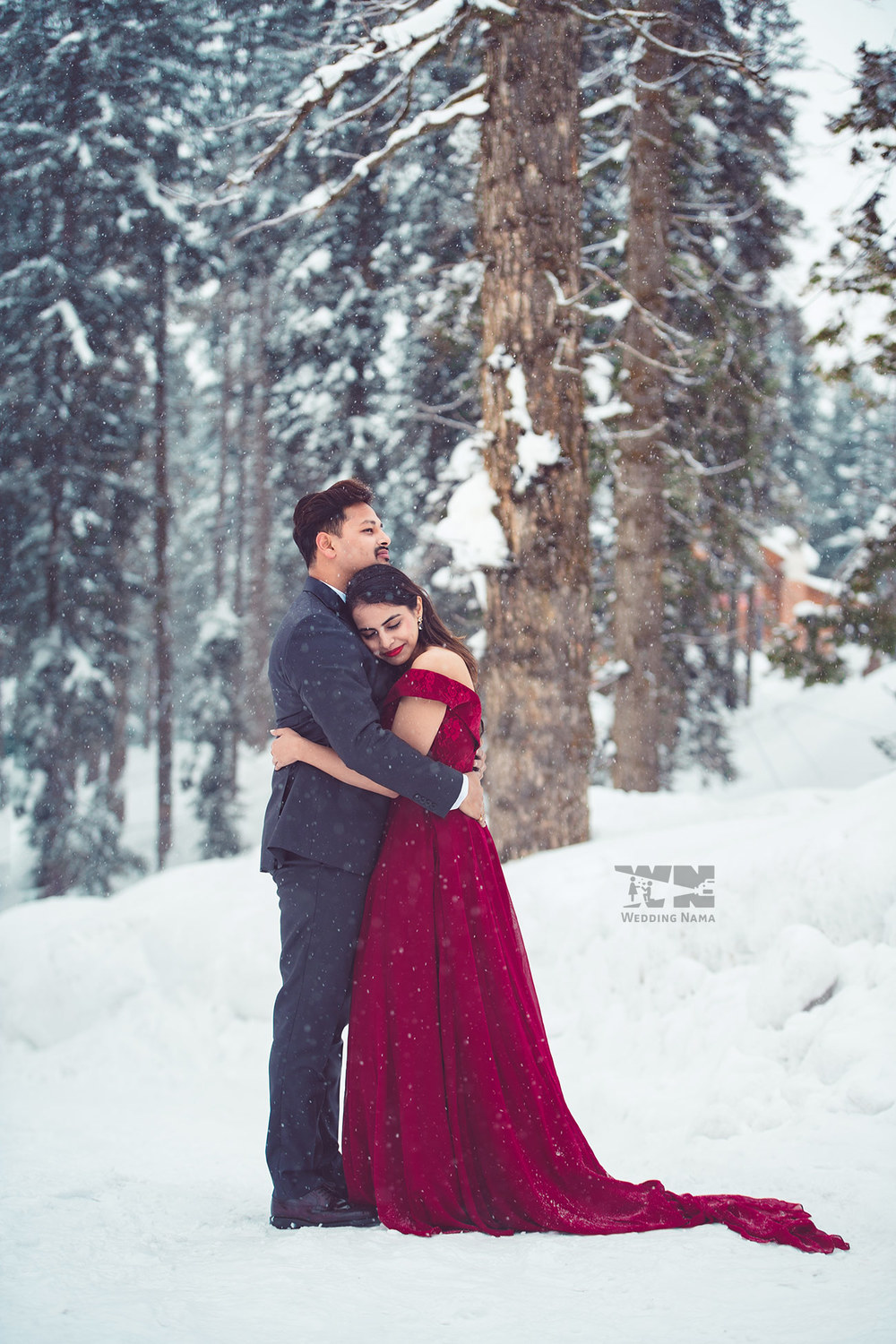 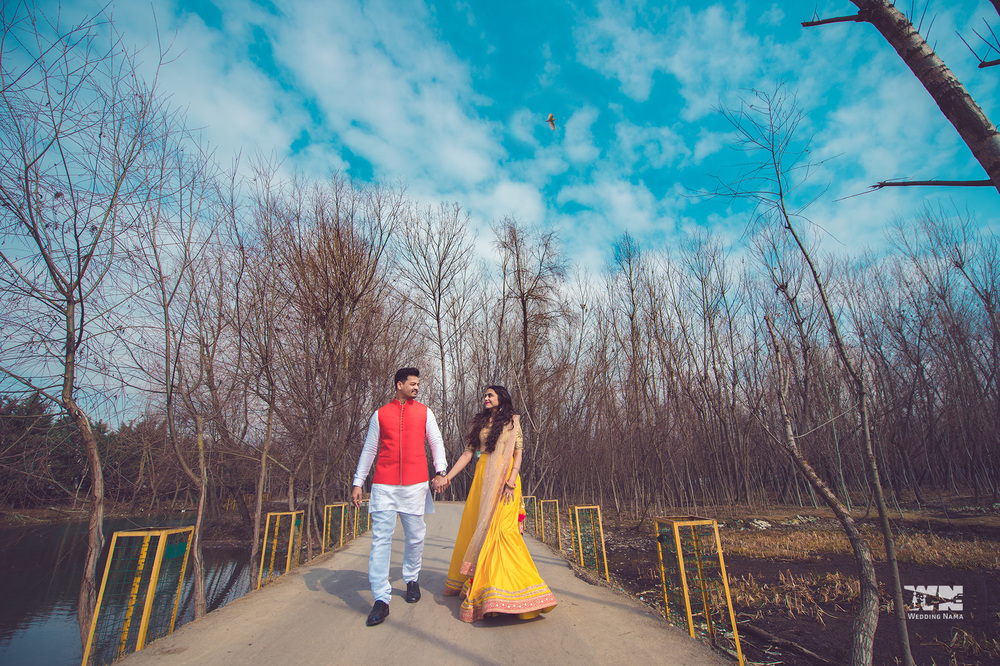 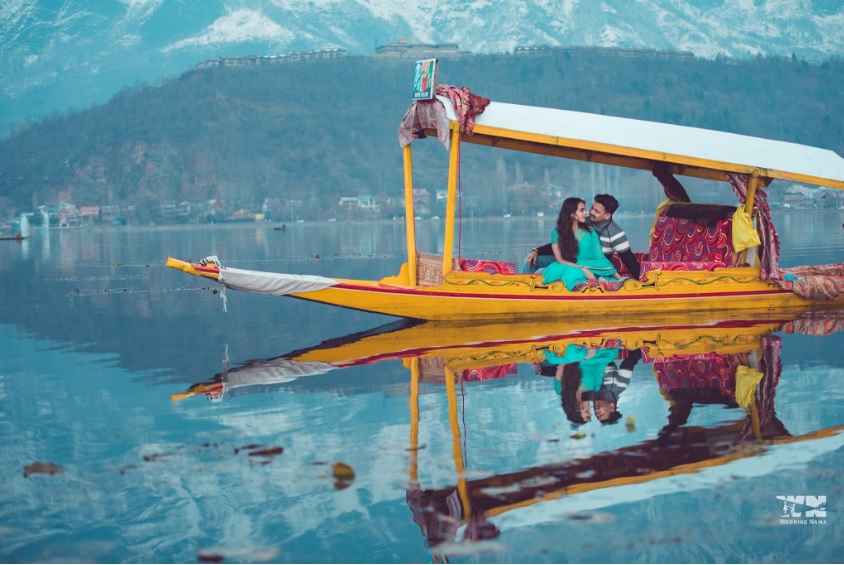 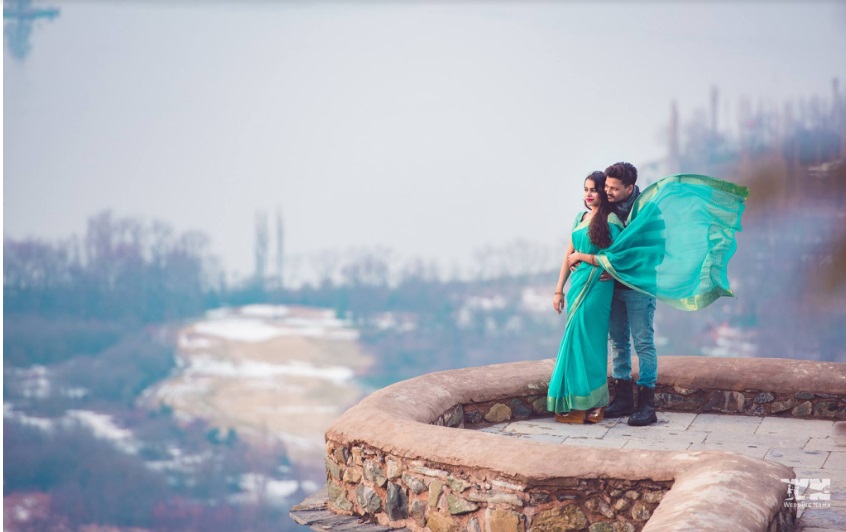 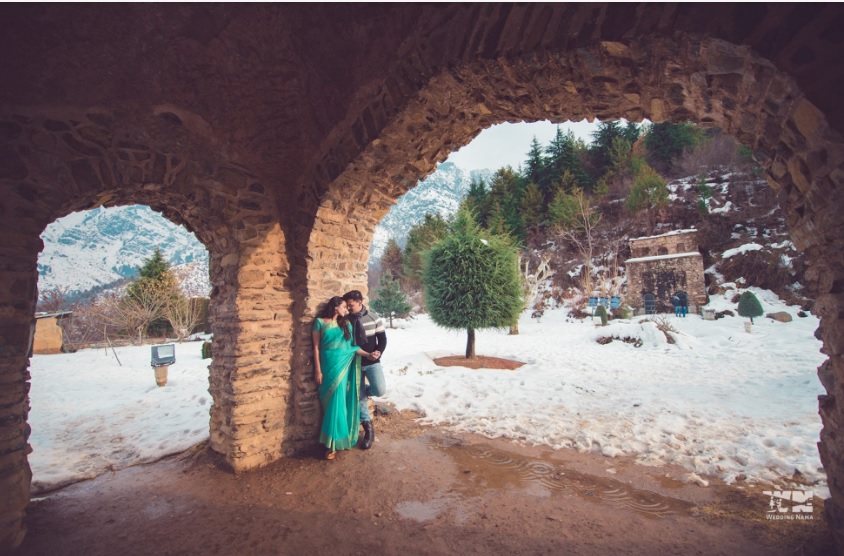 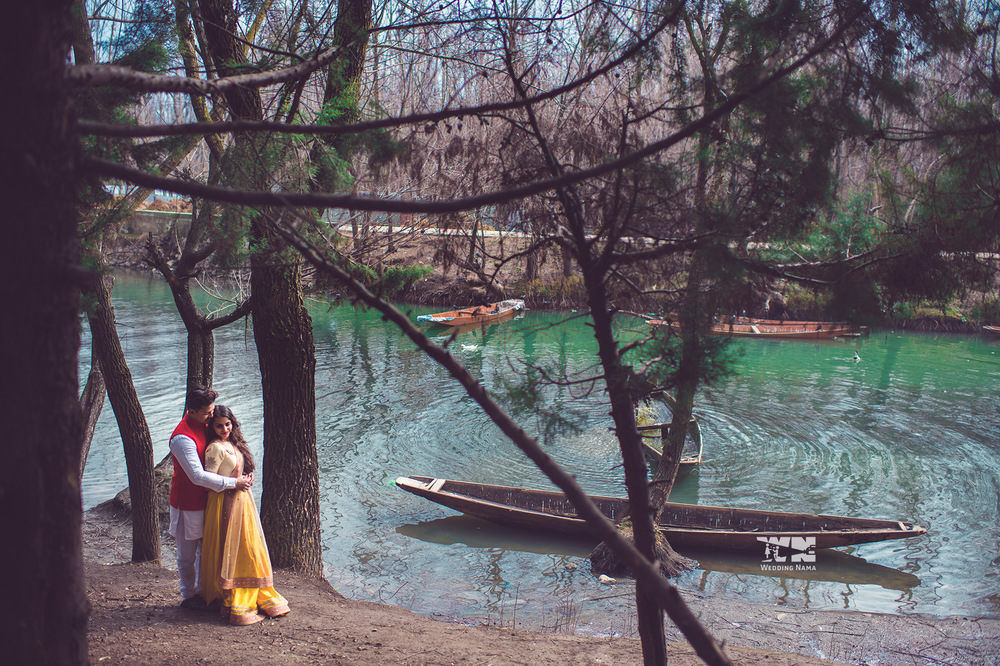 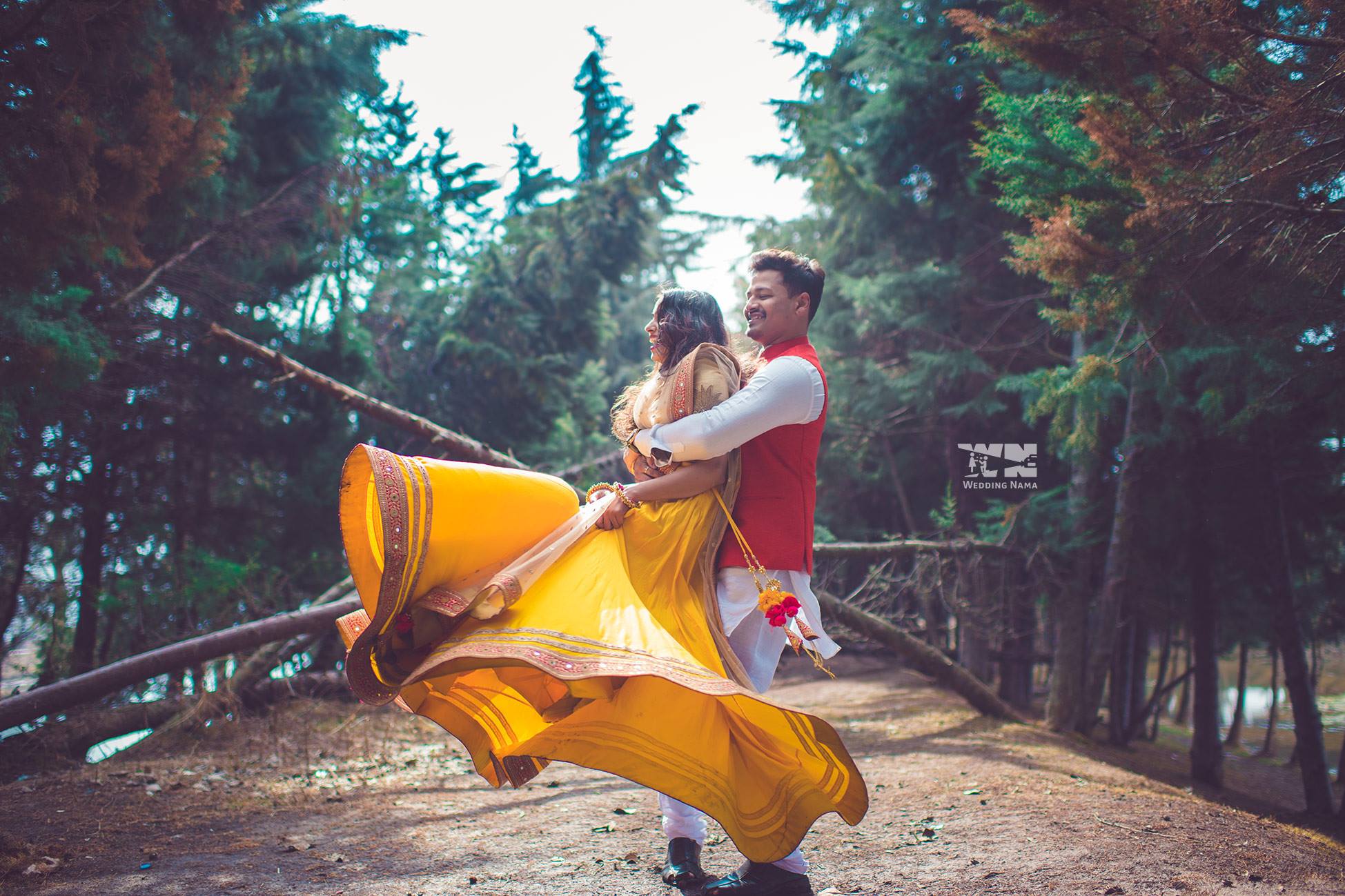 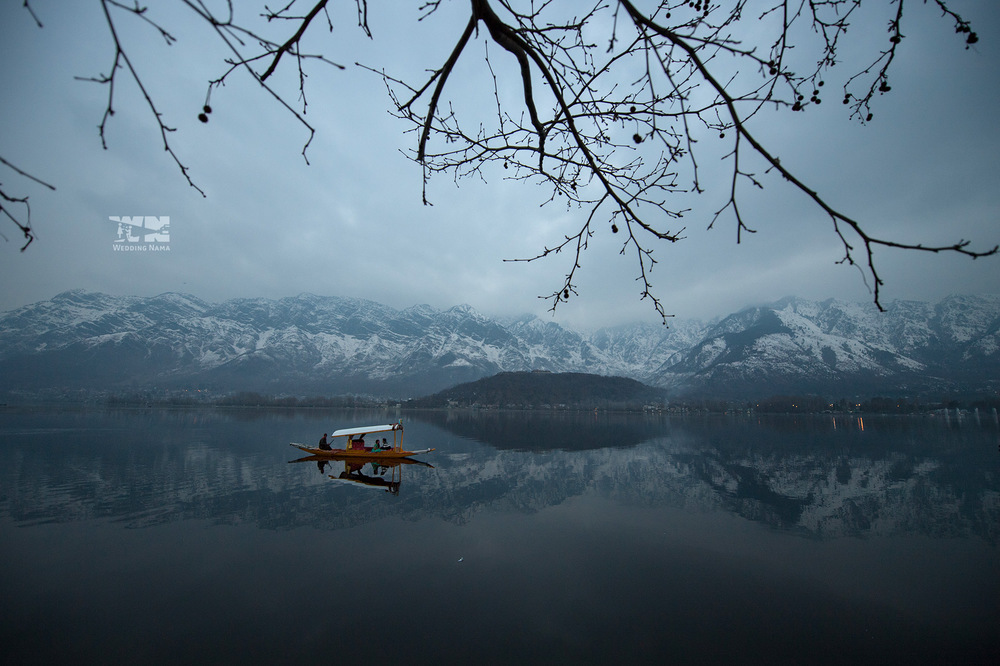 Will leave you to watch this film now, with the volume turned up, this time for Kiran & Vipul!

This article has been published with permission from WeddingNama